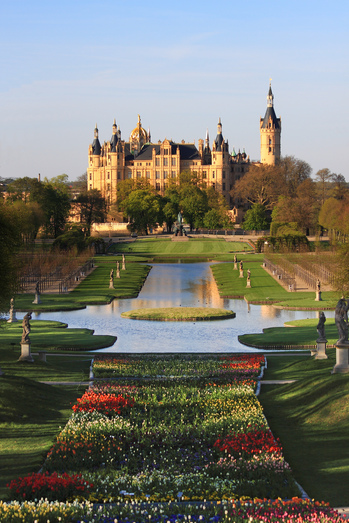 Since Samuel Hahnemann from Saxony two hundred years ago (the inventor of Homeopathy), famous Alternative Health pioneers from Germany have been a little thin on the ground but
Dr Geerd Hamer may well prove to be one of the most significant in history.


Persecuted predictably by vested interests, he nevertheless has created an impressive paradigm that might greatly influence future medicine.

This significant new approach to health takes a bit of understanding for various reasons but also obviously may be of almost epoch making significance.

Developed over the last few decades by Geerd Hamer a brilliant German cancer specialist, it challenges many assumptions of orthodox medicine and also tends to exist in a bit of a vacuum as it usually does not offer comparisons with other therapies
which one would normally expect.

To the dismay of many it also does not seem to offer a therapy as such, other than to point out the real emotional causes of disease and advice on whether the disease is in a conflict or healing phase of the disease.

We are thus dealing both with a new paradigm of medicine and also a rather unusual way of expressing and operating it.

As I said GNM is the work of a German cancer specialist Dr. Geerd Hamer who has developed several new laws of disease and also found that brain relays can be scanned showing the sites of the disease.

Needless to say he has been persecuted by vested interests and his work ridiculed without being disproved scientifically.

Overwhelming evidence shows that his brain scan results are correct, and his five laws of disease also make a lot of sense.

An understanding of the emotional causation of disease is the key element in Hamer’s work, so he fits in with Wilhelm Reich from a somewhat different standpoint and with the overall outlook of alternative medicine modalities such as homeopathy for instance.

On the other hand Hamer ignores these other systems and misses the chance to compare his work with obviously related health movements. Perhaps Hamer has simply had too much work on his plate to attempt more.

GNM sees all diseases as special biological programs developed through evolution to cope with stress and shock. For example heart attacks are connected with loss of territory, prostate cancer with loss of a woman and so on. Of course such an outlook is not the same as psychology as usually practised nowadays, but it maybe can help to deal with the shocks of developing physical symptoms.

Cancer as usual is one of the more obvious diseases which Hamer has addressed, his son died and Hamer later developed cancer himself which started Hamer looking for new solutions.

Infact Hamer developed his Iron Law of Cancer originally in his researches. GNM also can predict the future course of disease depending on whether it goes into a healing phase or not, and a chart of these progressions of disease has been developed.

GNM distinguishes the conflict or crisis stage from the healing phase of any disease and Hamer has impressed many people with his less invasive approach to disease, but of course vested interests don't like new ideas and competitors at all.

Hamer is in a long line of great scientists persecuted in this way. Many doctors and scientists support Hamer’s work but as usual the authorities don’t want to know about that.

Explanation of the biological meaning of the disease and it’s progressive stages play a large part in Hamer’s treatment, and he usually only resorts to surgery or drugs in exceptional circumstances.

Hamer’s original thesis on GNM at Tubingen university has been issued as a book but the book and the chart are a bit pricey due to efforts to stop it being published (so much for free speech!) and you need to get it from the GNM website, at least until recently.

Highly recommended are a very good series of introductory videos about German New Medicine by Ingmar Marquardt at the following website
http://www.disease-is-different.com

Here are a couple of other website addresses where you can learn more about GNM.