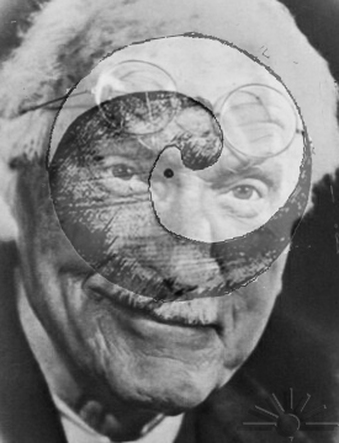 Some other pioneers of Psychotherapy

The late nineteenth and early twentieth century were times of great ferment and discovery in psychology, in particular the work of Sigmund Freud caught the world's imagination and most other pioneers were associated with Freud one way or another.

The names of Carl Jung, Alfred Adler and Wilhelm Reich spring to mind but there were many others who did significant pioneering work.

Fritz Perls came a bit later than the early days of Freud but he was also a psychoanalyst and grew like many others out of that background.

In my view Wilhelm Reich is by far the greatest of them all, infact probably the greatest scientist of all time, but at least from the point of view of practical psychotherapy I would put Fritz Perls in second place probably.

Still one cannot forget Dr Carl Jung, who was already well known before he joined Sigmund Freud and who contributed a lot to psychotherapy generally.

Jung already had a big reputation before he teamed up with Freud, having developed new techniques and working at times in asylums where he found many long term sad cases given up by other doctors. There is no doubt that Jung was a brilliant clinician who had the personal qualities to be a great therapist.

A brilliant scholar, Jung later tended to concentrate on the more timeless aspects of the human psyche such as his idea of the Collective Unconscious which transcends the individual's limited experience.

He developed various techniques such as art therapy and many Gestalt techniques came originally from Jung.

The symbols of the Collective Unconscious are mythological and profound and Jung had a lifelong interest in such symbolism and in self-realisation such as his idea of individuation or completion of different aspects of the personality tending towards a whole such as in the symbol of the completed mandala common in Eastern religions.

These studies rather alienated many other therapists who were mainly interested in finding a better therapy for individuals. Charges that Jung dumped psychology for mysticism were often voiced, but I think Jung just concentrated in later life on other aspects of the human condition, even though his earlier work was rather more mainstream.

Jung was an anthropologist as well as a psychologist is another way of putting it. His insights were often profound, as with his theories on Synchronicity and on possible ideas of an afterlife or parallel world existing outside of time and space as we know it. Carl Jung was careful not to be dogmatic about such ideas, just willing to examine them with an open mind.

Like almost everyone else Jung fell out with Sigmund Freud eventually and this led many psychoanalysts to see him as a sort of traitor, which probably says more about the paranoid and jealous atmosphere in the psychoanalytic movement at that time than about Jung.

Jung also worked on the paranormal such as his work on Synchronicity or unexplained coincidence. He also discussed theories of life after death, all of which alienated less daring psychologists at times. This daring attracted a large following amongst young people after the war (Second World War) , rather as did the work of Wilhelm Reich at that period.

Another famous aspect of Jung's work was the symbolism of dreams, although often he saw things from the point of view of the Collective Unconscious (the evolutionary wisdom of the race) and his concept of individuation, which distanced him again from the emphasis of most other schools of psychotherapy looking mainly at the individual.

It is true though that these archetypes or symbols of the Collective Unconscious exist in the human psyche and often appear (or are produced by the individual) especially at times of crisis or confusion.

Perhaps they come from a time when human language was rudimentary and our thinking was entirely eidetic or picture oriented (as in dreams of course).

For example the comedian Paul Hogan had a minor stroke whilst weightlifting once and in hospital had visions of a woman knitting human skulls in a line at that time. We of course can recognise the goddess Kali (Durga) as that archetype produced during the crisis.

As another example I was very sick once in Malaya and an old Hindu woman said a prayer over me, next morning at 6AM I woke up with a vision of the Goddess Lakshmi in my mind. Just wishful thinking maybe but from that time on I felt less distressed.

These archetypes can have an overpowering strength and significance at the time even if they can be hard for the conscious mind to explain!

They often signal the need to adjust one's priorities in life and appear at moments such as rites of passage, for example the onset of middle age or other significant moments.

So these archetypes exist or are produced from our evolutionary past and have to be taken account of at times in life and in psychology.

These archetypal symbols can be helpful in therapy, if you understand them anyway.

Symbols for the self (often an old man) and the anime and anima and many others are well known from Jung's work.

​Even so I can see how much of Jung's later work would have seemed pointless or just mysticism to many critics.

In the early twentieth century he accompanied Sigmund Freud on his famous trip to the USA, which led to great interest there in his psychoanalytic ideas, and Jung also later made a trip to Africa to test his theories which he found fascinating, and he was glad he had been able to make the trip which was one of the high points of his life.
​
As you can see Dr Carl Jung was an erudite and wide ranging fellow and he had a big influence on psychology in many ways.

There are popular summaries of Jung's theories available in bookshops, although if you have the stamina you can read his collected works at a University library, but that is quite a job as they are rather academic and at times rather obscure in their subjects, and add up to a score of large books or more!