The Bowen technique is based on the work of Tom Bowen in Geelong in Victoria in Australia from about 1930 to 1979 who developed a surprisingly effective and fairly simple method based partly on simple stimulation of tendons all over the body.

Tom Bowen was an Australian who became well known in the 1960’s and 1970’s for his astonishing results, seeing about 14,000 patients a year usually with very good outcomes even with serious conditions.

He used a soft technique of working mainly on tendons which probably derived from traditional massage but nobody really knows, but he also knew a lot about bones and Osteopathic techniques.

A few people observed him in his later years sporadically and some then decided to claim that they were the only inheritors of the true Bowen technique. Disputes went on since then between this small group, a depressingly common syndrome with students of pioneers in any field. Rather reminds one of the Psychoanalytic movement and it's schisms.

Bowen seems to have developed his techniques from traditional massage techniques, infact it is hard to know exactly what it derives from or whether it is mainly his own invention, especially as unfortunately he commented very little about any of it during his lifetime, perhaps deliberately.

Some claim he learnt a lot of it from Aboriginal healers and that it is an Aboriginal technique and that may be true. There is reason to think Japanese Shiatsu techniques were at least part of the inspiration.

Anyway the Bowen move is unusual and different from most sorts of massage, although Chiropractic and Osteopathy, in their early days at least, also used several techniques which were rather similar.

For instance, in the great 1918-1919 flu epidemic Chiropractic hospitals in America had a much lower death rate than orthodox hospitals, partly due to them using simple massage techniques to mobilize the diaphragm and other organs rather similar to Bowen techniques. Another reason was that orthodox hospitals for business reasons kept using aspirin in spite of it’s known contraindication in flu.

As usual Homeopathic hospitals also had a much lower death rate than orthodox hospitals in the flu epidemic and other epidemics.

Tom Bowen also used Osteopathic techniques for example, in his astonishingly busy and successful practice and the present Bowen technique usually taught includes only a small part of his skills repertoire unfortunately, still it is worth learning anyway although the lack of a follow up practice clinic system is a drawback.

This criticism of course applies to most available training courses in most modalities, you pay and learn but there is little or no proper clinical practice follow up opportunity to the courses.

Tom Bowen’s story shows how much can be achieved by one individual of talent working alone, even one who had very little education, something that the health system doesn’t like at all with it’s emphasis on conformity and qualifications (often pretty expensive, long winded and rather useless qualifications).

Infact as many have said Tom Bowen probably could not have survived in business nowadays due to all the legal restrictions in place nowadays to enforce conformity. 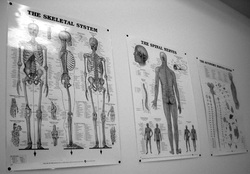 Tom Bowen used many techniques that nowadays are associated mainly with Osteopathy and Chiropractic.

In the past they were the preserve of organisations like the Bonesetters Guild of the Ancient world and the Middle Ages which is now gone and a lot of it's knowledge lost. 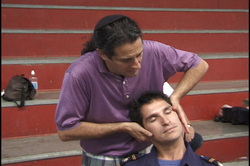 Numerous techniques exist in the world of Alternative Health and you need to ask around to see if you can find someone both safe and knowledgable.