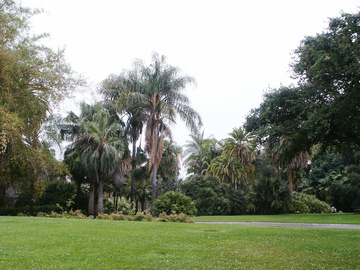 We evolved with the natural world and are becoming more and more divorced from it at our peril. 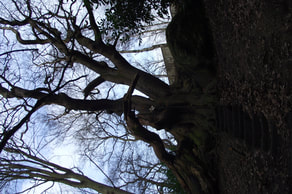 The mighty Oak tree was one of Dr. Bach's remedies, as were many other everyday plants and trees. Flowers and/or buds were used.

The Doctrine of Signatures was not entirely absent from Edward Bach's outlook, following on from his mentor Dr Robert T Cooper.

In some instances it can be helpful, even though nowadays such time honoured ideas are too easily dismissed.

These flower remedies are quite famous around the world since Dr Edward Bach developed them in the 1930’s in England.

Actually flower remedies have been used since time immemorial, there is nothing new under the sun really. In modern times though Edward Bach has been the main force in the field.

Dr Edward Bach was a distinguished medical researcher in bacteriology and related areas in London, and also a prominent homeopathic practitioner.

He was a member of the Cooper Club of leading homeopathic doctors which met every week at a restaurant in London to compare notes on their cases.

The club was named after Dr Robert T Cooper who was especially famous for curing cancer, his book on Cancer is one of the best I ever read on the subject, and incidentally shows that Dr Bach was mainly using Robert Cooper’s methods of preparing remedies by sunlight on freshly picked flowers.

Dr Bach like many others before and after him grew increasingly disillusioned with orthodox medicine and it’s insistence on treating only isolated symptoms of a disease and not looking at the whole picture.

He realised that the wider picture very much included the role of emotions and that most diseases were the end product of an emotional situation which had preceded it, often by decades.

To this end he went on a search to find a system of remedies which would address the emotional basis of disease, and indeed stopped practising medicine to do so, and as usual traditional herbalism suggested obvious places to look for remedies. Several Bach remedies follow the indications previously known for some plants.

Insofar as the Bach remedies are prescribed solely on emotional or character type indications their usage differs from homeopathic indications which take account of all symptoms not just emotional or not just physical and the like.

As I said Robert T Cooper prepared remedies in a similar way to Edward Bach and sometimes prescribed remedies using intuition and methods a little different from usual Homeopathic methods. On the other hand both Cooper and Bach were noted homeopaths and knew the homeopathic craft inside out.

Even with Bach remedies there is little difference in methods and philosophy really and I think we can really see Bach remedies as part of Homeopathy even though a slightly peculiar version of it in some ways.

If you choose the right Bach remedy at the time the effect is usually immediate, but if you do not need that remedy nothing happens. Until you have experienced this effect it is understandable that many people are sceptical that they really work (as I was too!).

Most orthodox studies claim that the Bach remedies only have a placebo effect, but then orthodox studies are not designed properly for these different approaches to medicine (and are usually only conducted as part of the propaganda campaign against alternative medicine anyway).

There are 38 Bach remedies in all of which the composite Rescue Remedy is the best known, being used for shock, despair, grief and pain and the like.

Indications are for types rather than just for say guilt or sadness for example. The full picture for each remedy is helpful rather than just one main emotion.In this respect diagnosis also resembles homeopathic methods albeit only looking at emotional indications for the Bach remedies.

Since their introduction Bach remedies have helped countless people to cope with this difficult world. The Rescue Remedy in particular is useful to carry as a sort of First Aid help for shock, grief, PMS and similar crises. It comes in bottles, sprays and creams nowadays. Bach remedies are usually administered with a few drops under the tongue or taken in water. They are usually preserved in brandy for long shelf-life. 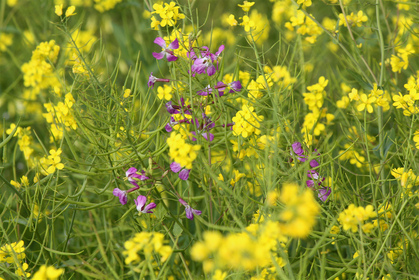 Mustard flowers remedy for deep gloom for no apparent reason.

Often in herbalism the same remedies have similar indications. 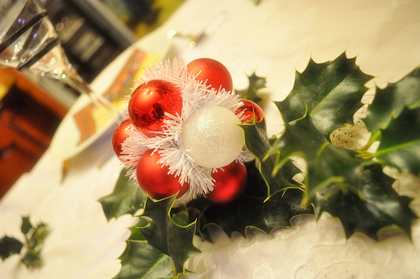 Holly is Bach's remedy for hatred and jealousy. 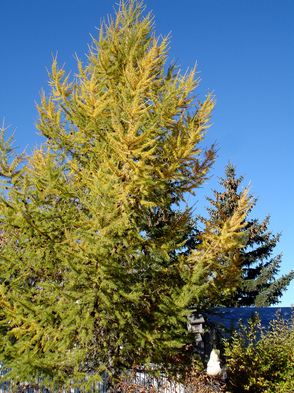 The Larch tree is the remedy for lack of confidence.

Edward Bach tested the effects of his remedies on himself and on volunteers. 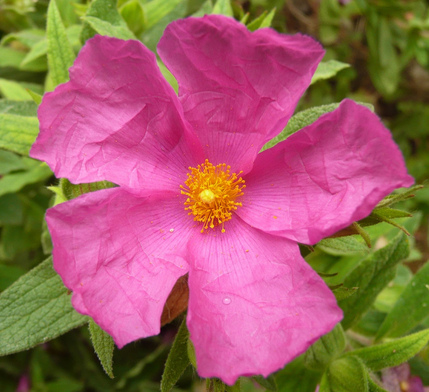 The little Rock Rose is the remedy for terror and fright and is part also of the famous Rescue Remedy for emergencies for obvious reasons.